Last week in our blog, we mentioned the concept of ‘Adult Supremacy’ (AS), the dominance of (the interests of) adults. Seeing that this theme is so closely related to everything that ACE-awareness is about, we would like to elaborate on this in more detail, based on earlier articles Marianne has written on the topic. Our guiding question will be whether we will be able to let ourselves be taken by the hand of a baby’s basic, primal needs and whether we can design our societies in such a way that we can accommodate caregivers to attend to these needs more easily than is currently the case. What can we do to, in the words of developmental psychologist Darcia Narvaez, stick with the ‘evolved developmental niche’, in which a nurturing environment leads to species-typical outcomes in health and wellbeing? Today’s blog is the first part in a series and discusses a number of basic aspects of human coexistence. Human babies are very immature when they come into the world. Their developmental stage at birth means they are totally dependent on others. The quality of the care they are surrounded with, influences how their physical, social, cognitive and emotional systems will mature. This immaturity also means that children have many needs. Every parent can relate to that: the infant’s need to be cared for is immense!
Despite all this initial immaturity, all over the world children generally become competent members of their social communities: they go through the process of socialisation. They master the local language both verbally and bodily, they know what is expected of them and they rapidly notice what is ‘appropriate’ and what is not. Every environment has its own demands and is distinctive in what it has to offer. In a hostile and harsh living environment, children will have to learn different skills than in a plentiful or kind setting. Try to imagine what this has been like for millennia: a child growing up on a savannah, where most of the time water and vegetation are scarce and prey animals always lurk, has to develop a different behavioural repertoire than a child growing up in a subtropical setting with a lot of rain and crops and fruits, or than a child in the Arctic, focussed on protection from the cold and the catching of fish. The differences between industrialised societies may be less big, but even there, children have to deal with specific societal characteristics that influence daily life and social interaction. One rather powerful example is the continuously changing trends in socialising for children – where today we observe more time spent on gadgets (smartphones, tablets) and less time spent on the playground than we could ever imagine even 20 years ago, let alone 100.
One way or another, we all have to adapt to our living environment to survive. 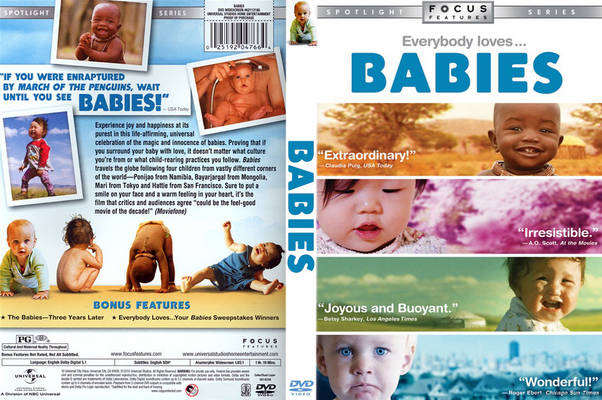 The cover of the dvd ‘Babies’, on the first year of life of four babies in four different locations around the world (Namibia, Japan, Mongolia and the United States)

During much of human history, societies strongly depended on what the living environment had to offer – such influences do not disappear easily. The way in which a society takes shape and the habits, traditions, and rituals that come with it, will to some extent be related to those influences. To illustrate this, the fact that the Netherlands are known for their ‘polder culture’ has its roots in such an environmental aspect. In a country where water level and water force are a constant threat, not only for your home base, but also for your harvest and your trading activities, you will have to, whether you like it or not, cooperate to keep your feet dry. The much-discussed and often considered infamous ‘poldering’ in politics and all kinds of work settings thus has a cultural-materialist caliber: the natural environment has a centuries-old influence on the local character. In this case that amounts to: you need to have constructive relations with the one who manages the canals, whom you may not know and who may be far away, in order to achieve the water level in the ditch along your farmland. That is something very different from maintaining a good relationship with your mother’s cousin who controls the water well in your village.
How a culture develops, may not be fully determined by the environment and its natural and man-made resources, but it is partly, and most of the time this has old, historical origins. Within anthropology, this social construction is a core theme that we have often heard being addressed in more or less this way: ‘How people behave, is not fixed, but is established by social and cultural influences. These determine how everyone in the group deals with a situation. We cannot make any universally valid statements on that, because it is different everywhere.’ Is this indeed true? Can we not discover similarities in the effects of certain circumstances? Are there no universal features and behavioural patterns that connect people with one another? Probably there are, because if there were not, then why would we find discrimination so objectionable? Is that not exactly because we have so much in common and are equal in that, despite all the external, apparent differences? Let us take a look at that as well from an evolutionary perspective, at all that connects us. 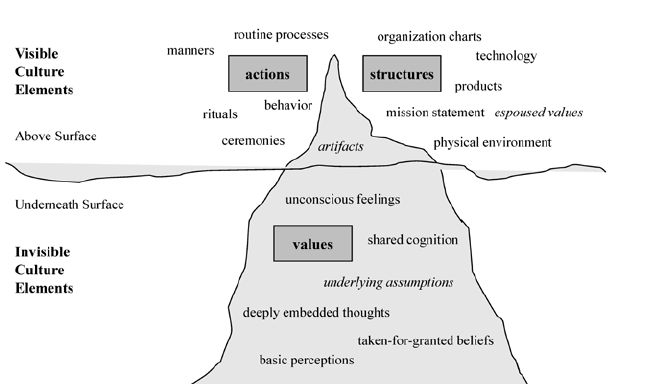 Much of the social conventions we abide by, is not visible and often not even conscious. We will dive into this aspect of biopsychosocial influences on health and wellbeing in a next episode.

Within the possibilities and limitations of the living environment, children learn the skills to survive in their own life world and to make the best of what it has to offer. Connection to others is crucial in those efforts, because of the aforementioned dependence. Fortunately, children are inclined by nature to seek connection to others; they are ‘wired for connection’, neurologically built to make and expect contact with others. Additionally, children are innately ‘prosocial’: with their large eyes, chubby cheeks and upturned nose, they try to seduce adults to care, share, help and support, and from the very beginning, they themselves also seek opportunities to maintain good social relationships by caring, sharing, helping and supporting. The idea that children are egotistic, is really a myth that desperately needs to be discarded.
Prosociality is a concept that is often seen as a proactive form of socially competent behaviour: we not only try to avoid letting things get messed up and avoid obstructing mutual relations, but we actively try to influence things in a positive way. That tendency for empathy and cooperation is innate, but like other skills, needs a responsive environment to flourish. The foundation of prosociality is a deeply ingrained expectation pattern, an existential need to be part of a community, to be seen and heard and valued, because without all that, survival is hardly possible. Social isolation is, for a social animal like the human, one of the worst things that could possibly happen. A still from the dvd ‘Babies’, with a young sibbling taking care of a baby and thus being granted responsibilities that require empathy and attentiveness

Today’s conclusion can be that children are very dependent at birth. Very soon, however, they become socialised in their own life world and they learn to deal with its possibilities and limitations. The proficiency they show in doing so, comes from their innate capacity to initiate relationships with others in their social environment: they are prosocial and ‘wired for connection’ and they want to be a respected member of their ‘tribe’.
Next week, we will look at the biosocial inheritance, the impact of the social environment on our biology.