One month has passed approximately after we, at ACE Aware NL, watched ‘The Wisdom of Trauma’ and, after letting it sink in for a while and after discussing the film’s best moments and its strengths, it feels like a good time to write a review about it.

The 1.5 hour film is made by Zaya and Maurizio Benazzo from Science and Nonduality. It was provided on a donation-basis screening that gave you the opportunity to access the film for 7 days, and (with an upgrade) watch discussions by professionals such as Stephen Porges, Fritzi Horstman, Esther Perel, Peter Levine and many more. There is also a very active Facebook group with many interesting discussions and a lot of networking.

Dr. Gabor Maté is probably one of the most outspoken and quoted trauma writers. He has been invited to many events, conferences and festivals around the world. If you perform a Google search, you can find an incredible number of his appearances on screen. In this film, you will encounter most of the themes he addresses in his lectures and that he is well-known for. On top of those, he goes into deeper depths by sharing his ideas from decades of working in the trauma studies field.The way the film is shot and made, draws the viewer into the stories that are being told; with Dr. Maté in the lead and in the voice-over, we are provided with the insights of people from all walks of life who work and live using the principles of his books and lessons.

The title refers to two forms of wisdom: 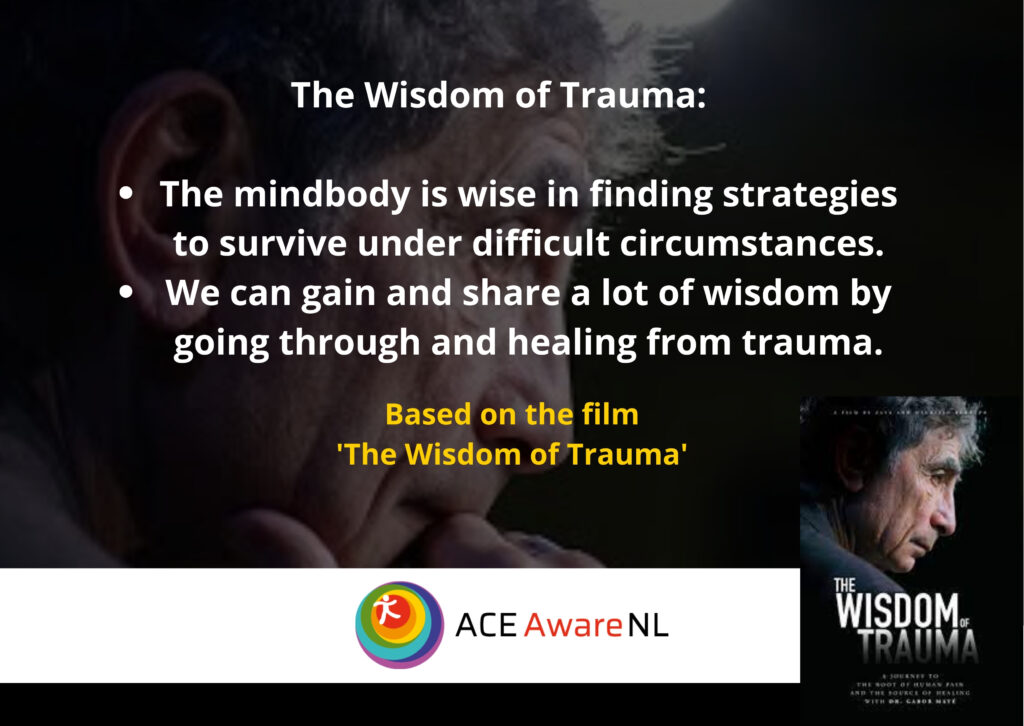 In the film, we get to know more about the way he works with his clients, about his approach of respectfully asking for their history (a method called ‘compassionate inquiry’), and his relationship with his wife Rae Maté. They both speak with sincere openness about the turbulence but also about the love and connection they have shared ever since they met in 1967.

The part where we get to know the couple better is quite moving in its candour. We see a man very much oriented towards knowledge who tries to learn to integrate his vulnerability as a strength, and we see a woman who, as an artist, is very much in touch with her intuition and who tries to learn to respond in a balanced way to her partner, integrating her own pain with that of a man affected by intergenerational and personal trauma resulting from the holocaust. They admit having had rough times, but have found ways to, instead of acting out their traumas by arguing or withdrawing from each other, coregulate and heal reciprocally. In a later shot, we see them walking side by side in the park – an elderly, wise, and deeply connected couple. 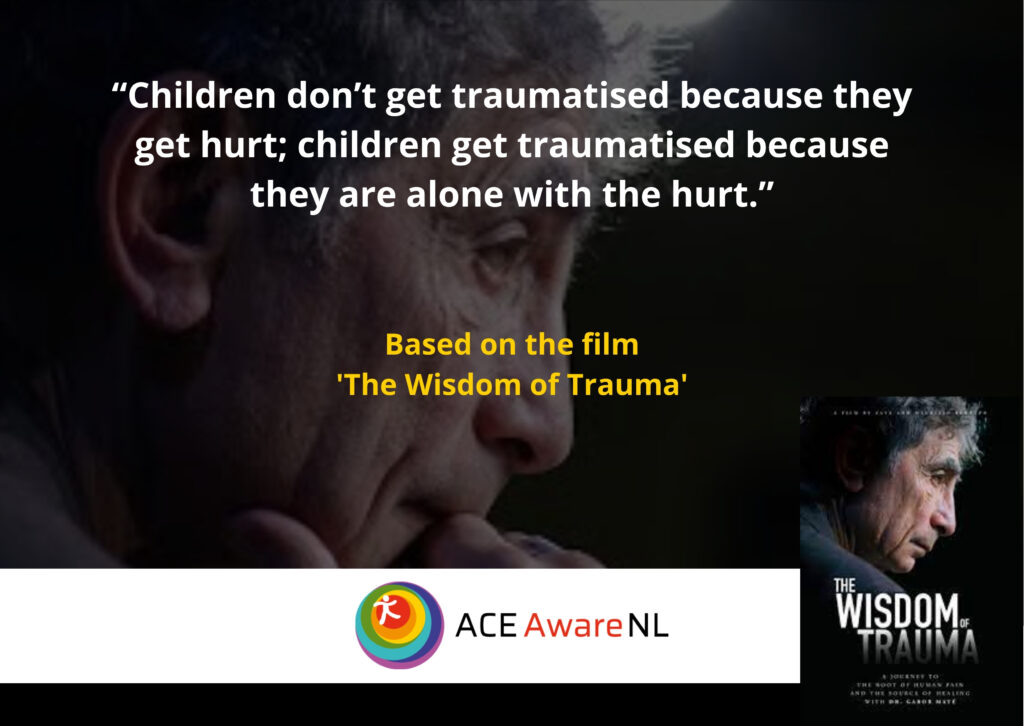 The makers kindly provide another donation-based screening of the film on July 28th till August 1st. So… if you want to watch the film… grab your chance! You can find the film’s details for registration and information here: https://thewisdomoftrauma.com/
Below, you can find the trailer from the film.

Posted in Book and movie reviews.