Last week, we discussed how the child’s interest is often not given the same weight as the adult interest and how that influences the child’s status quo and various forms of policy, which, in turn, influence the child’s life. For the time being, this situation continues despite the knowledge we have regarding the impact of childhood on adult health and wellbeing. We also addressed the fact that it may seem as if Adult Supremacy (AS) as a concept is more or less meant to label adults as ‘guilty’ for everything that troubles the child. This week, we will say a bit more about this aspect.

The statement that adults often fall short in satisfying the child’s needs deserves a closer look, as there is much more to this than mere unwillingness or ignorance.

The term ‘consciously or unconsciously’ is a well-considered aspect in the definition of AS and received a place in it after a brainstorm with Robin Grille, an author and professional with an impressively holistic vision, who, time and again, emphasises that we should not overlook obstacles on the multigenerational path. It is important to explicitly acknowledge that adults do not generally consciously ignore the child’s interest. They usually do not simply run over and flatten what is crucial to the child. Mostly and unfortunately, due to a host of factors, they are just not trained or able to consciously recognise or serve the child’s interest. Mentioning those limitations prevents an atmosphere in which empathy and compassion for the parent are lacking, in which the parent is considered a ‘perpetrator’, the one who is to blame for all that goes wrong in the child’s life. It is clearly not that straightforward. Many adults were harmed themselves in their childhood and the pain of the past hinders a clear view of needs and problems in the present, often both their own and their child’s. The tragedy of ACEs and AS is exactly that intergenerational aspect: adults who, as children, were confronted with many ACEs, who grew up in an environment where their interests were not sufficiently paid attention to, run a bigger risk of exposing their own children to such situations. What caused them so much misery in their early days, they often partially hand down. This means that there is a long and sad, intergenerational chain of causes and consequences, which is something very different from a long chain of guilty ones. Such a process is hard to break. In what way might we be able to work on that?

That we view the behaviour of parents and other adults with the necessary meekness, does obviously not mean that it does not have to be up for discussion. It does not mean that, to the benefit of our children or the children for whom we care or draw up policies, we do not have to reflect on the influence of the choices, cultural practices, and social traditions that our society and we as adults continue to support. After all, an important part of being an adult is to take responsibility for your behaviour and its consequences. Many choices that we make as parents, however, are made under the pressure of sociocultural conventions. The whole idea of AS, therefore, is not to touch on what might simply seem to be a family issue, but to lift the taboo and discuss what is a multifaceted, societal issue. With all the knowledge available, it is about time to take responsibility for that as a community. That can be quite a confrontation, especially in the personal sphere:

‘Is my child bullying classmates because it does not feel safe here at home?’,

‘Is my child so reticent because I am always in a hurry and do not take time to get the conversation going in an easy manner?’,

‘Does my baby want to nurse with me all night because I am not available during the day?’,

‘Does my child not lay problems before me because I instantly look for a solution instead of first listening to them, with empathy and compassion and without judgment?’ 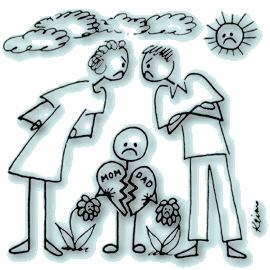 Aside from personal ones, there are of course also many institutionalised practices that can lead to difficult questions and possibly uncomfortable answers.

– If we know how important skin-to-skin contact is for the newborn, then how come that on NICUs and similar hospital departments there is not much more often continuously one parent present for the prematurely born baby?

– If we know how important breastfeeding and mother’s milk are for the infant’s immunological, neurological, emotional and motor development, then how come that maternity leave is not much more generous?
– If we know that children’s perception of security and safety is so important for their stress regulation and thus for the prevention of toxic stress, then how come that certain forms of cosleeping by parents and children are often so actively (and sometimes almost aggressively) discouraged in youth healthcare?

– If we know how drastic and disruptive it is for children when their parents separate, causing the children to lose the undivided unity of the family, then how come that many regulations have rather made divorce easier instead of more effectively dealing with, facilitating and financing problem solution and support, so that everyone can heal and grow? 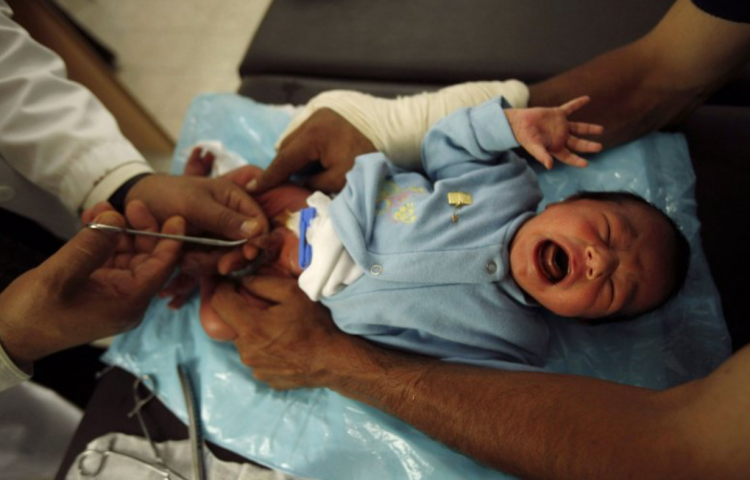 This list can easily be extended with other matters that deserve more social indignation. Think of anonymous sperm donation, circumcision without medical indication, behavioristic parenting strategies, oppressive school systems, problematic youth healthcare cases, and poignant child poverty. In all of this, next to the general health of the adult who takes care of the child, socioeconomic, societal and political tendencies play a role. Infants have a need for security and physical proximity of loved ones; at an existential level, children want to be seen and loved for who they are. By now, there is a lot of research showing how important all of this is for psychic, neurological and hormonal health; nevertheless, much of it still remains underexposed in institutions and systems. That those needs can often not be easily expressed in economical concepts, probably plays a role that delays implementation in policies. Love and emotional security cannot be calculated for the GDP and thus parents and children often have to muddle through with one another and make the best of it, despite difficult circumstances, with all due consequences.

The child’s interest is often inferior to adult interests and in many cases, this is partly the effect of insufficient knowledge and insight and insufficient sociocultural options to give the needs of children the attention they deserve. This requires reflection from adults on uncomfortable questions and answers to find starting points for where societal change is needed.

Next week, we will dig more deeply into social change and the link with physiology.